Much of what needs to be said of the recent report on the People’s Liberation Army downsizing has been said. As part of the “transformational changes” undertaken so far, China’s army now accounts for less than 50 per cent of all PLA troops, with almost half of the non-combatant units made redundant and the officer corps slashed by 30 per cent.

Back in 2015, President Xi Jinping announced plans to reduce the military by 300,000 troops. But it was not the first time the PLA had taken measures to slash and reorganise its manpower.

In 1985, 1997 and 2003, Beijing announced it would reduce headcount by a million, half a million and 200,000 troops respectively – with the army being the focus of this reduction effort. 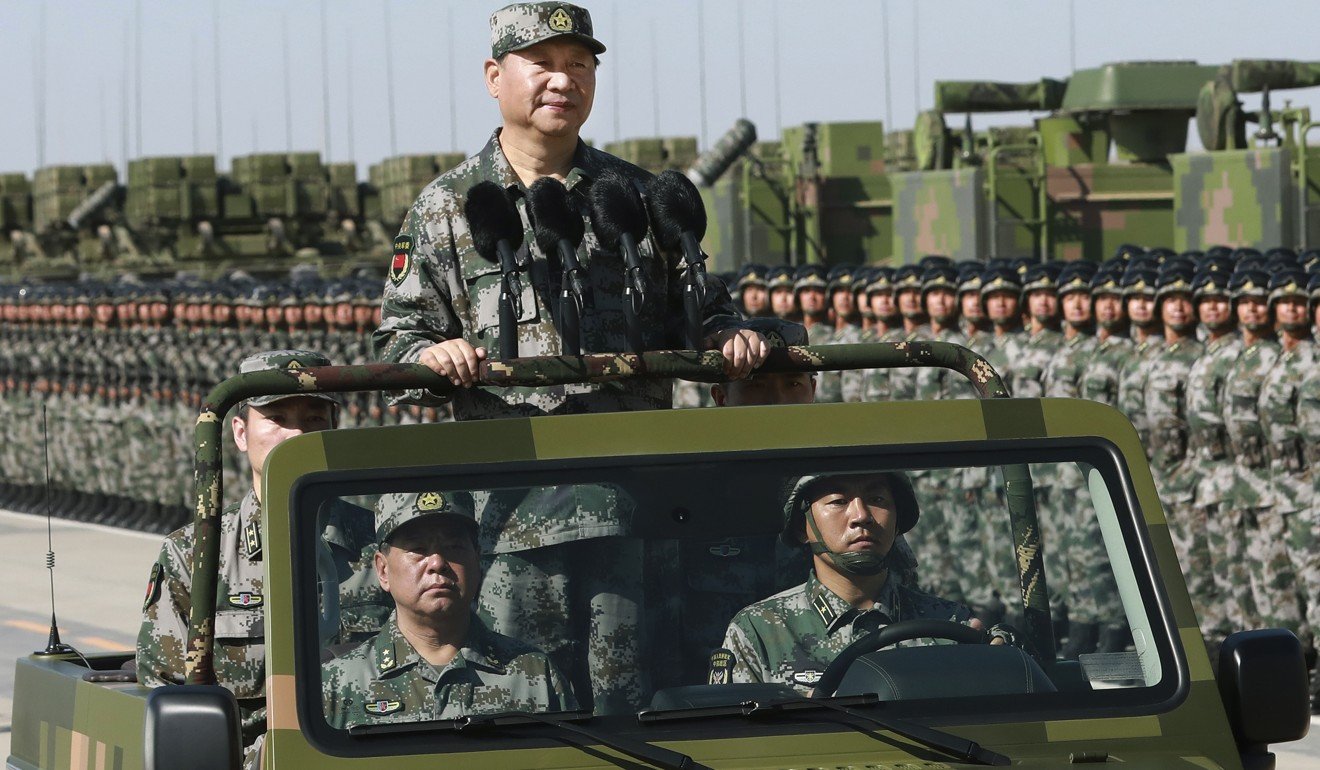 Since then, the process continues to see the streamlining of not only the army but other supporting institutions, such as those for training, while boosting the proportion of other services.

Through such transformative shifts, the PLA is trying to become a leaner, meaner and more professional force.

As the military gains in modern hardware and software, the apparent new parallel focus appears to be on raising the quality of “wetware” – the human factor.

That includes revisiting and revising the concept of operations and tactics to integrate the new assets and training syllabus with Xi’s repeated exhortation for the PLA to “enhance preparedness and improve its capability to win wars”.

But there is also a sociopolitical angle to this recent slew of cutbacks that perhaps would have a longer-term impact, albeit a painful one. Demobilised personnel reportedly have trouble finding employment in the highly competitive civilian job market and have complained about a lack of promised pension and health care benefits.

Their situation has resulted in public protests in recent years – in late 2016 and early 2017, for instance.

The ruling Communist Party appears to have been spooked by the perceived potential threat to national sociopolitical stability, prompting the government to take remedial actions, including establishing a ministry dedicated to handling veterans affairs in April.

In late December, the Ministry of Veterans Affairs pledged to improve, among an array of promised preferential policies and social welfare benefits, both academic and vocational education and training that would prepare demobilised PLA soldiers for the highly competitive civilian job market.

Indeed, the huge number of people in China’s military would seem to oblige the channelling of more state resources into post-demobilisation social welfare benefits.

In the long run, a leaner PLA could reduce the need to enlarge the pie and split it into bite-size pieces; instead, it could mean higher quality benefits for a smaller pool of demobilised personnel. For now, the pain appears to be a necessary evil as the PLA continues to cut manpower until long-term results emerge. 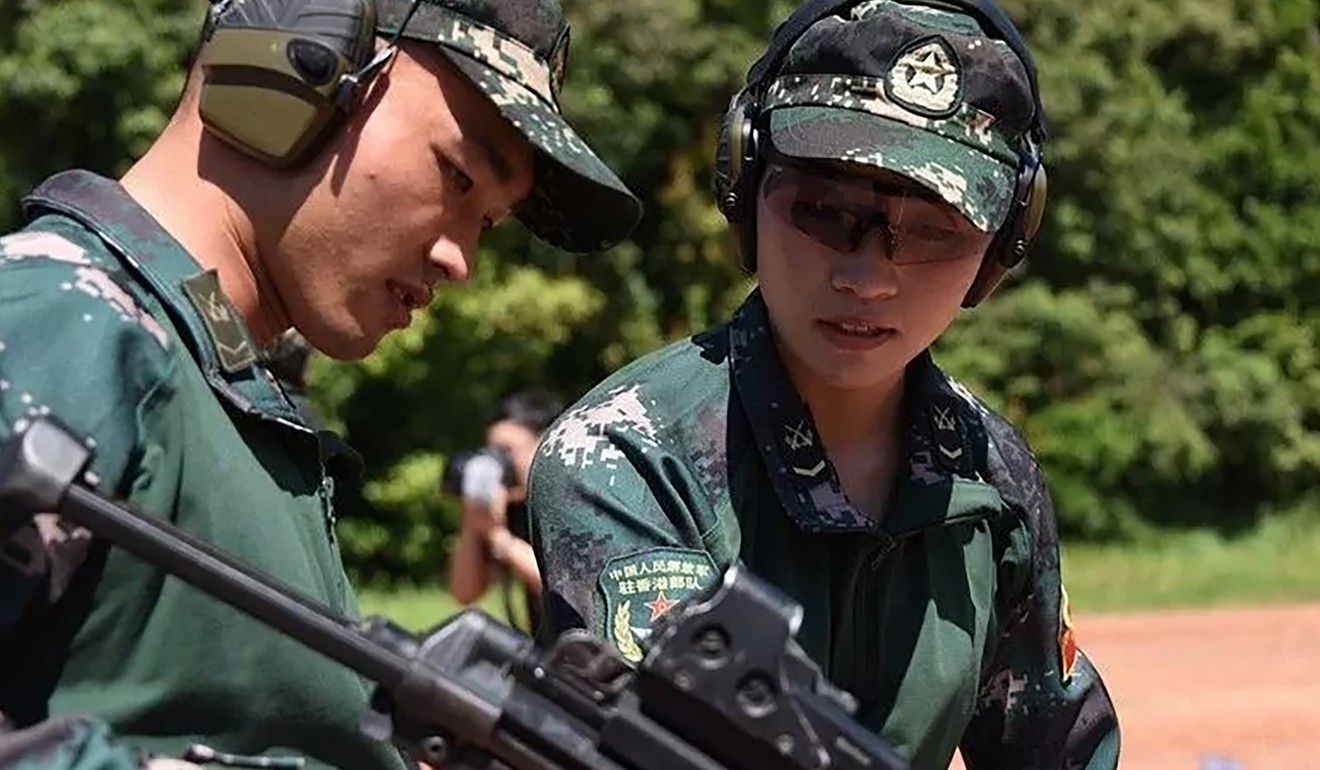 A more professional, less disgruntled PLA rank and file would plausibly lead to the emergence of a more highly motivated, trained, equipped and led force in the years to come.

The PLA of the future would be more capable of projecting its power to promote and secure China’s national interests in the region and on a global scale. The implication for Southeast Asia – within China’s envisaged “southern periphery” – is without doubt significant, and presents a somewhat mixed picture.

What Wang Qi has in common with a Han dynasty statesman

After all, there are definitely common areas for convergences between the Chinese and Southeast Asian militaries, especially where non-traditional security challenges are concerned.

However, a leaner and meaner PLA may continue to be viewed with wariness by some, if not all, Southeast Asian countries.

The bigger question is whether a leaner and meaner PLA would become bolder, not only in reaching out to Southeast Asia for defence diplomacy engagements, but also in using force in contentious situations, such as the South China Sea disputes.

While the military hardware and software advances, manpower reduction efforts and structural reforms all appear impressive, there would be nagging, if not really new, concerns about the state of command and control – especially political control – within the PLA’s rank and file.

Amid the reforms and modernisation, the PLA’s political role has been further raised. For example, PLA officers recently were appointed to 31 provincial-level party standing committees.

But as party control and supervision over the PLA tightens, will the officers now occupying various echelons of command be given more, or less, room to take the initiative? Will they have autonomous decision-making powers?

And what will the relationship dynamics be like between the commanding officers and the political commissars? How will such dynamics impinge and shape decision-making at various levels at times of crises?

The South China Sea could be an arena for the start of the PLA’s move towards confidence-building and transparency. The inaugural Asean-China Maritime Exercise conducted last year is a good start, but insufficient. Beijing could instead modify its approach on the proposed code of conduct by paying heed to its Asean counterparts’ interests.

For example, its proposal in the single draft negotiating text that “Parties shall not hold joint military exercises with countries from outside the region, unless the parties concerned are notified beforehand and express no objection”, may not help to build confidence.

Instead, it may sharpen insecurity among Asean member states that have cultivated and maintained long-standing defence and security engagements with extra-regional powers over the decades.

These pre-existing military links, which foreseeably would be enhanced, can, of course, coexist alongside those between Asean member states and China.

As the PLA becomes leaner and meaner, it should not only become bolder in cultivating its nascent slate of defence and security engagements with its Southeast Asian counterparts, but also bolder in taking into account their long-standing geopolitical concerns about China’s military emergence.