Pakistan’s multinational naval drill involving 46 nations has wrapped up in the Indian Ocean and, once again, India was not invited.

The Pakistan Navy has hosted the Aman – which means “peace” – exercises every two years since 2007 to promote regional cooperation and stability. India has never been invited, in a sign of the long history of strained ties between the neighbours.

China, Japan and the United States were among the countries taking part in Aman-19, from February 8 to 12, which included maritime conferences, seminars and cross-ship visits, as well as 23 sea operations with main-gun firing, formation movement and replenishment-at-sea.

Shao Shuguang, commander of the People’s Liberation Army Navy’s 998 Fleet, was quoted on a Chinese military social media account as saying the exercise had strengthened mutual understanding and trust between the participating navies. 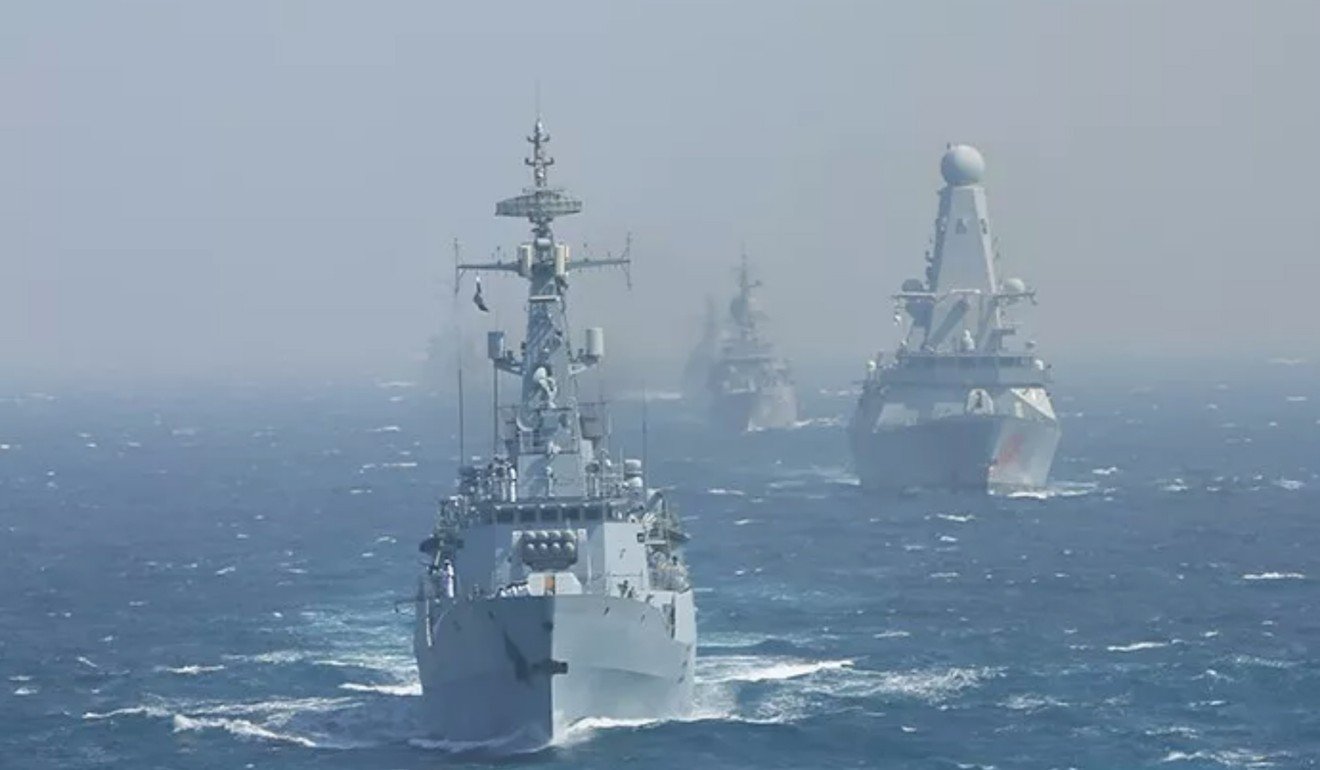 China sent one of its biggest warships, the Kunlun Shan amphibious landing vessel, to the exercise, signalling its close relationship with Pakistan and the key role both nations hold in the Indian Ocean, according to analysts.

“China is also now becoming an important maritime power, especially in the Indo-Pacific. By aligning with China, Pakistan hopes to get the synergy of that.

Tridivesh Singh Maini, assistant professor with the Jindal School of International Affairs in India, said the exercises should be a cause for alarm for India. “They will keep an eye on what’s going on, but they don’t need to be too concerned,” he said.

The military exercise also centred on maritime security to protect strategic economic projects such as the China-Pakistan Economic Corridor, as well as sea lanes from the Persian Gulf.

The US$62 billion China-Pakistan Economic Corridor (CPEC) is designed to connect China’s far west region of Xinjiang with Gwadar Port in Pakistan via a network of motorways, railways, oil pipelines and trading hubs.

The project is expected to be finished by 2030, and will provide China with an important trading route to the Middle East and Africa.

“India has very strenuously objected to the name CPEC being given to the part that goes through Pakistan-occupied Kashmir, but so far nothing has been done,” Nalapat said.

Kashmir has long been a hotbed for competing territorial claims between India and Pakistan. The two countries have fought three wars against each other since their independence from Britain in 1947, and two of those conflicts have centred on the Kashmir territorial dispute.

To boost trade, Pakistan plans to set up markets on Afghan, Iran borders – The Hindu

Of the 18 projects, three will start operations by February 2021. Pakistan will set up 18 …

Of the 18 projects, three will start operations by February 2021. Pakistan will set …