A terror strike on Indian security forces in the country’s restive Jammu and Kashmir province has raised renewed questions in India on China’s continued protection of the Pakistan-based terror outfit behind the attack, threatening to unravel a thaw between the Asian giants forged last year.

In the deadliest ever attack in the region, over 40 Indian personnel were killed and many injured in the province’s Pulwama district on Thursday, when a suicide bomber targeted a convoy of 78 vehicles carrying the troops with a car bomb packed with more than 350kg of explosives.

Pakistan-based terrorist group Jaish-e-Mohammed, which claimed responsibility for the attack, has been a bone of contention between China and India for years.

India has been trying to get Jaish chief Masood Azhar – who is allowed to travel and preach freely in Pakistan – listed as a United Nations-designated terrorist, but has been repeatedly blocked by Pakistan’s staunch ally, China. Since 2017, China has kept the listing of Azhar on “technical hold” citing “lack of consensus” in the UN sanctions committee.

“China surely has blood on its hands. In blind pursuit of its policy of friendship with Pakistan at any cost, China has become a partner in all its crimes,” said former foreign minister Yashwant Sinha, an outspoken critic of Indian Prime Minister Narendra Modi whose ruling Bharatiya Janata Party he recently left.

Why China is caught in India-Pakistan crossfire

China on Friday joined in the global condemnation of the attack, but again made clear that it was not about to change its stand on Azhar. “We are deeply shocked. We express deep condolences and sympathy to the injured and bereaved families,” Chinese foreign ministry spokesman Geng Shuang said, but cited UN “procedure” to stick to their position. 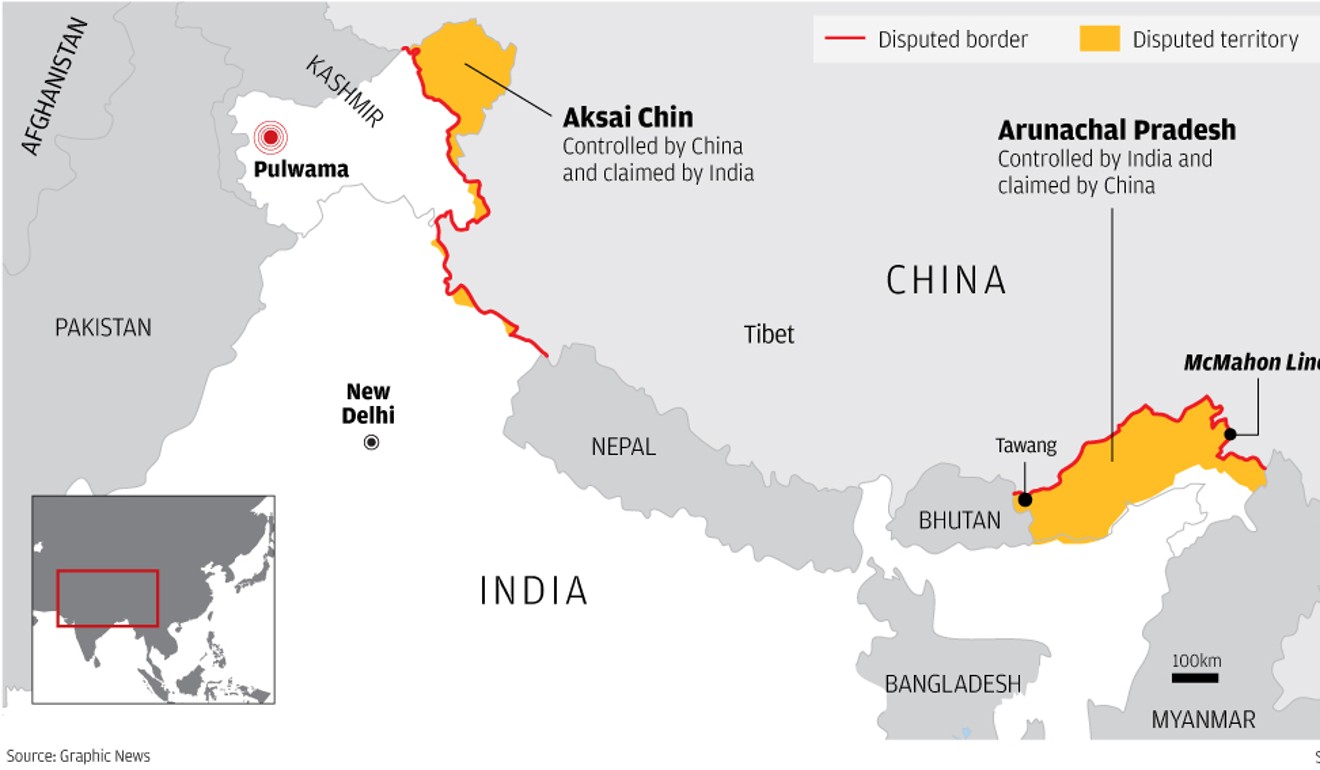 Beijing’s response flies in the face of New Delhi’s appeal to all members of the UN Security Council to list Azhar as a global terrorist and isolate Pakistan, which has denied any role in the attack. The United States, on the other hand, has called on Pakistan to “immediately end support and safe haven to all terrorist groups”.

The terror strike threatens to mount severe pressure on Modi, who is facing national elections in about a month. At a public event after a top-level security meeting, Modi said: “There is a lot of anger, people’s blood is boiling … We will give a fitting, jaw-breaking response. We will bring to justice the forces behind the attack.” 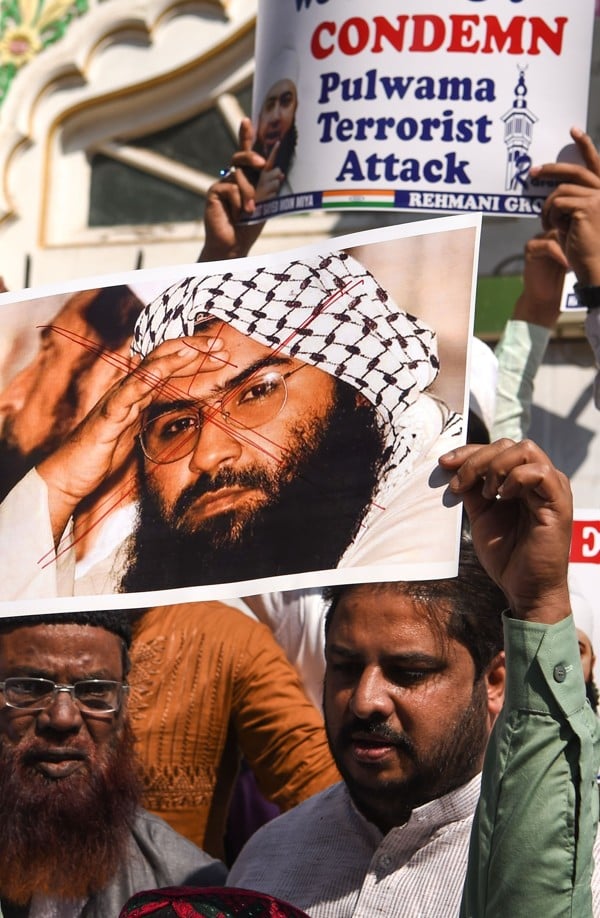 In 2016, India blamed Jaish for an attack on an army base in Uri, also in Jammu and Kashmir, that killed 17 soldiers. Modi is credited with ordering retaliatory “surgical strikes” across the border on terror camps. The decision, recently portrayed in Bollywood hit film Uri: The Surgical Strike, enhanced his muscular nationalist image and helped him win crucial state elections following the strikes.

Why China, India and the Dalai Lama are pushing the boundaries in Tawang

Although New Delhi is directing the rhetoric at Pakistan, Beijing’s past role in helping Islamabad shield Azhar from global sanction has raised questions in India about China’s role and dealt a blow to Modi, who has claimed new-found rapport with Chinese President Xi Jinping in the form of the “Wuhan spirit”, named after their summit in the eponymous central Chinese city last year. 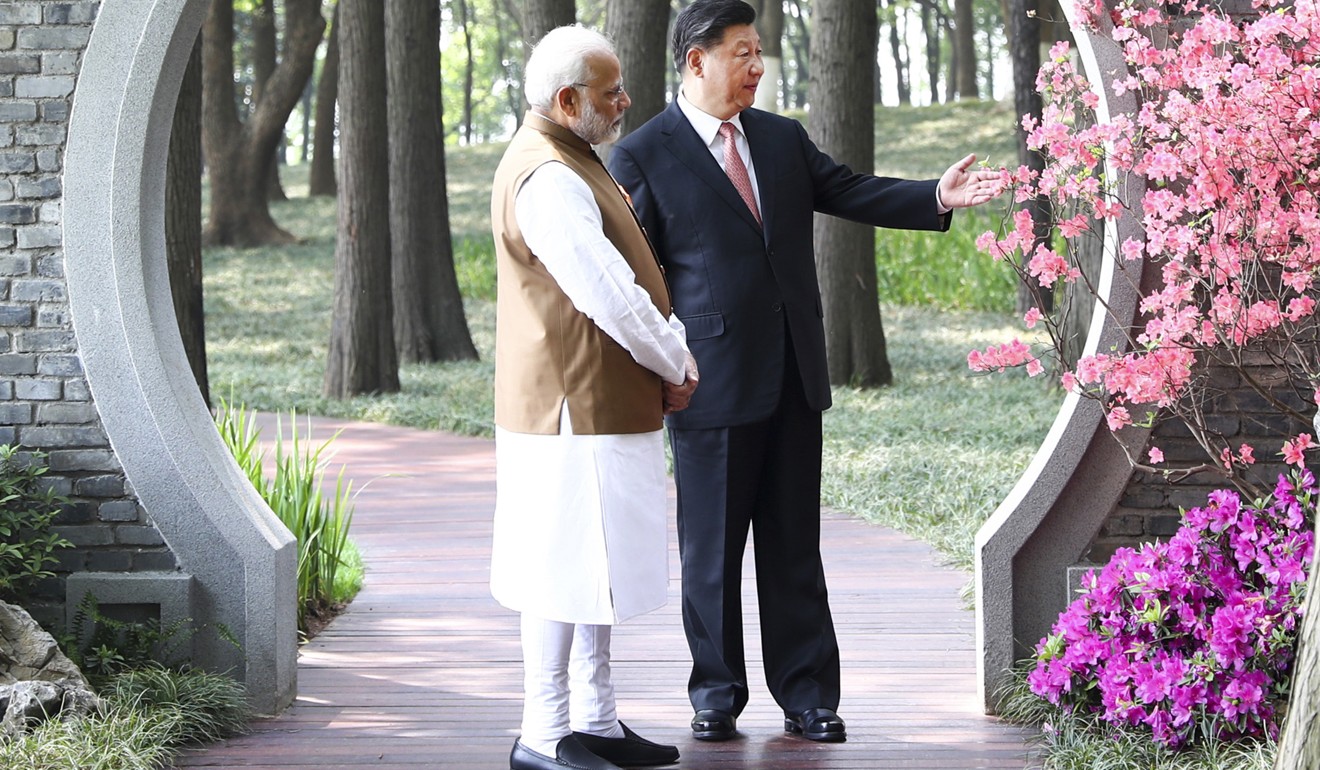 Coming on the heels of a two-month stand-off between Chinese and Indian forces in the Doklam plateau in the Sikkim-Bhutan-Tibet “trijunction” area, that meeting was said to have “reset” relations between the two countries, which share a disputed border. 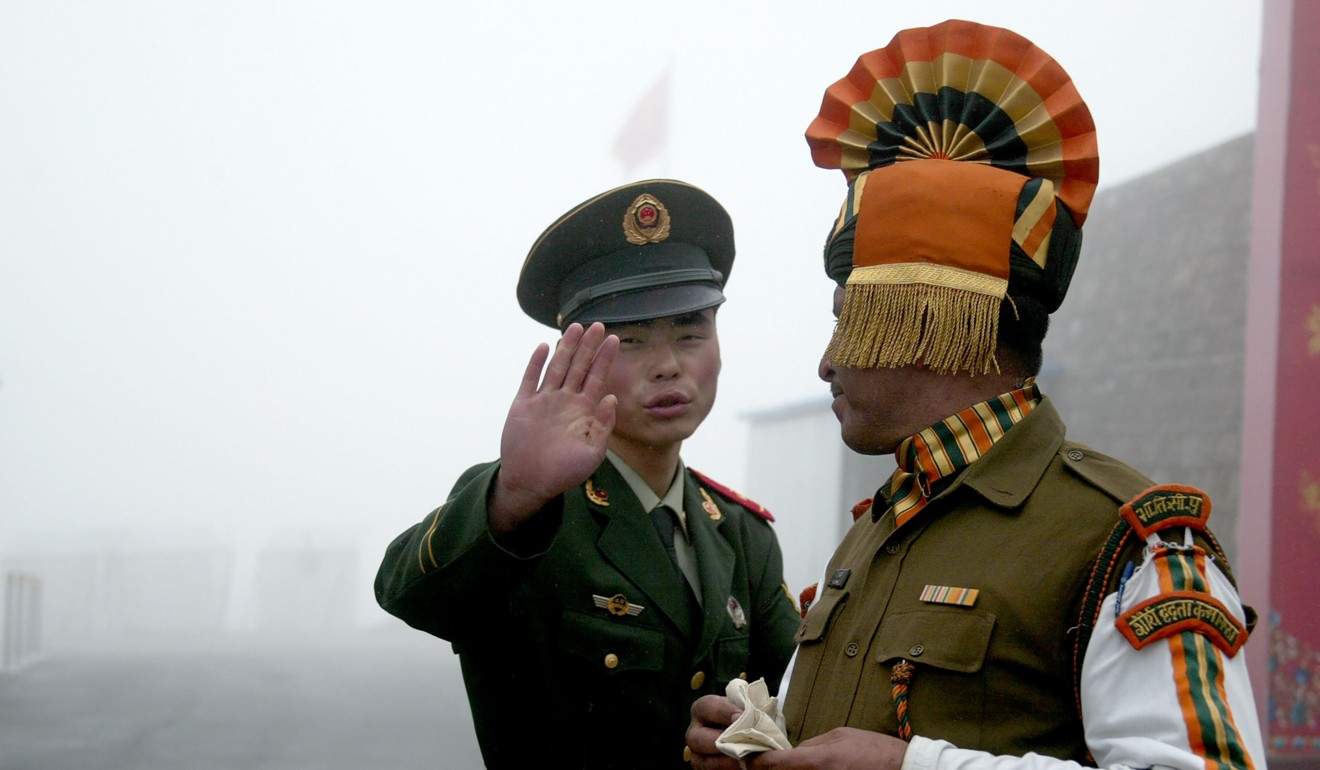 As an opposition leader in the years before he became prime minister, Modi would often criticise the then Congress-led government for its allegedly soft stance towards China. The Doklam stand-off enhanced Modi’s strongman image as he was seen as having successfully stared China down, and then went on to make peace with it in Wuhan from a position of strength.

Never on the best of terms since a 1962 border war, relations between China and India again worsened since Modi’s rise to power in 2014 after decades of near-rapprochement.

Modi’s government became more vocal against China’s opposition to New Delhi’s entry into an elite group of nuclear suppliers and ignoring its objections to Chinese infrastructure projects through areas in Pakistan that India claims. China, on the other hand, watched with alarm India’s tighter embrace of the US and what it saw as India’s hostile stance on the South China Sea and Tibet. 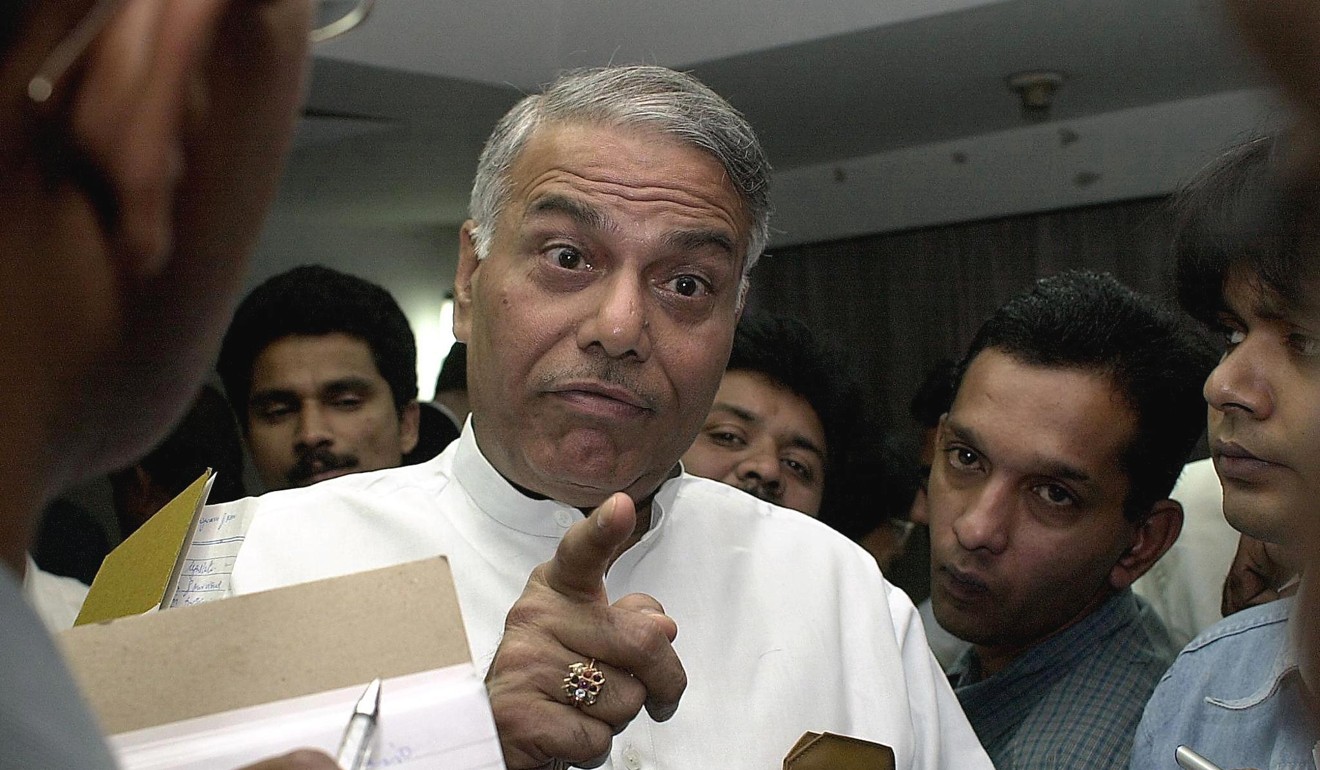 “Today the Wuhan spirit lies in tatters. China has taught us repeatedly that nothing matters to it more than its own interest. We should adopt the same attitude in dealing with China,” Sinha told the South China Morning Post, echoing the rising tide of popular sentiment that Modi will have to deal with in the run-up to the elections.

“It is sobering that the Pulwama murders have been claimed by Jaish, a group that enjoys China’s protection at the UN Security Council Sanctions Committee. What about the ‘Wuhan spirit’ China and Modi have been touting?” said Shashi Tharoor, opposition Congress leader. “In that spirit, can they rein in Pakistan by sanctioning Jaish? Or does that spirit not extend beyond photo ops?”

Tharoor chairs the Indian Parliament’s Standing Committee on External Affairs that recently took the Modi government to task for being “overtly cautious” about China’s sensitivities on Taiwan and Tibet. India cannot continue with its “conventionally deferential foreign policy towards China”, concluded a report on China-India relations. 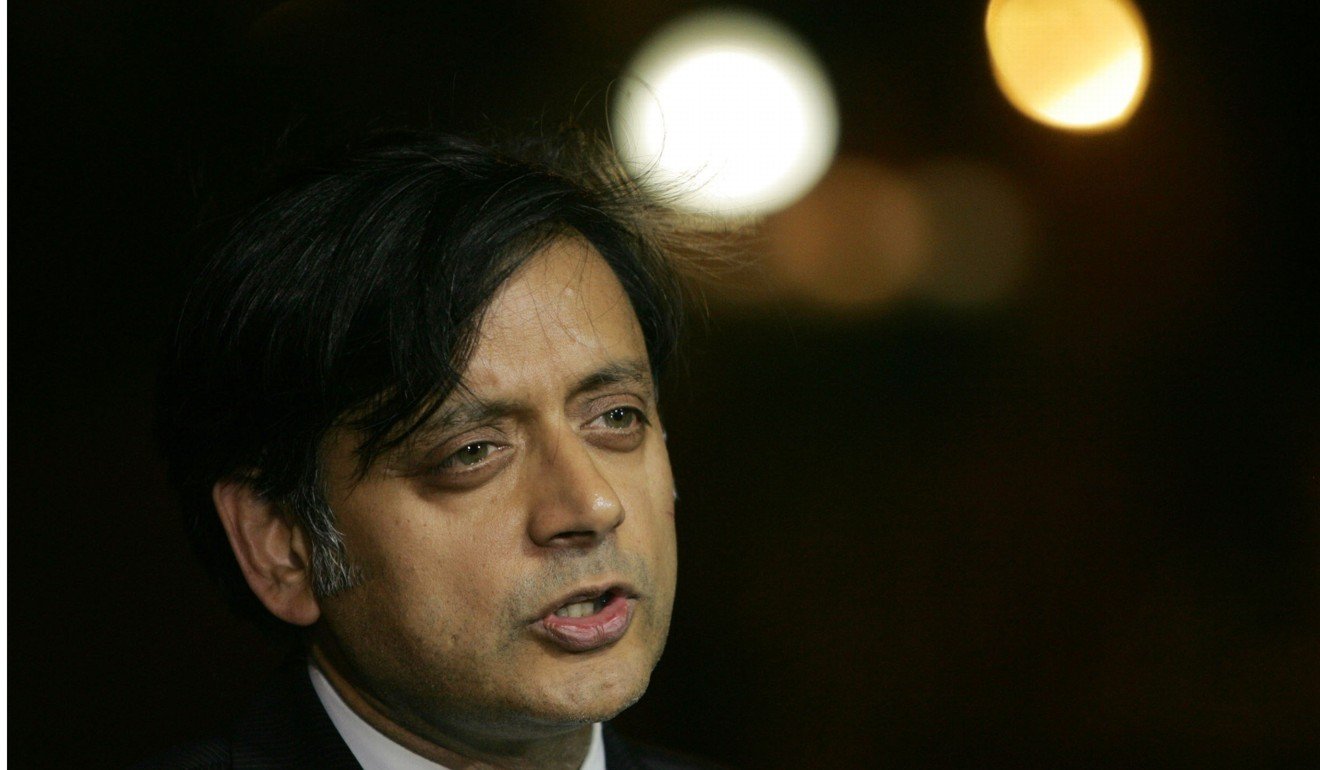 But Jabin Jacob, co-editor of China and its Neighbourhood, believes that while there is growing consensus that the Chinese are to blame for giving Pakistan a free pass on terrorism, Modi will not want to “complicate his foreign policy options” by talking about China.

“It is more electorally useful for Modi to talk about or target Pakistan. The Wuhan spirit will not crumble suddenly, I think, but only gradually after the elections,” said Jacob, an associate professor at India’s Shiv Nadar University.