One month after an aging Indian Air Force jet was shot down in a dogfight with neighboring Pakistan, New Delhi has demonstrated a new weapons capability aimed at another, more powerful geopolitical rival: China.

On Wednesday, Prime Minister Narendra Modi used a national address to announce India had “established itself as a space power” by sending an

indigenously designed ballistic-missile
+ interceptor up 300 kilometers (190 miles) to destroy a satellite orbiting the Earth. The move sends a stark message to India’s nuclear-armed rivals, China and Pakistan, and changes Asia’s strategic calculus by proving India has the ability to knock out enemy satellites.

The development suggests India, which has long struggled with a lethargic military-procurement process and outdated defence technology, is getting closer to sitting alongside China, Russia and the US as countries with the ability to disrupt enemy communications networks. The move comes weeks after India sparred with Pakistan in the skies over PoK.

A little over an hour later, PM Narendra Modi announced the success of ‘Mission Shakti’ in a televised address to the nation. The 18-tonne missile, with two solid rocket boosters, tore into space to hit the 740-kg satellite, flying in a low earth orbit (LEO), bang in the middle barely three minutes after its launch over the Bay of Bengal.

“Essentially, India is saying that we are a strong and capable military power — it’s not specific to any one country, but it is a message to all of India’s adversaries,” said Ajey Lele, a retired Indian Air Force group captain who’s now a senior fellow at the ministry of defence-funded Institute for defence studies and analyses. “If somebody wants to do something to our satellites, we have the capability to do this to your satellites.”


The external affairs ministry said in a statement that New Delhi wasn’t engaging in an arms race, but asserted that “with this test, India joins an exclusive group of space-faring nations consisting of USA, Russia and China.” Beijing’s growing space capability — conducting a similar anti-satellite test 12 years ago — has helped drive US President Donald Trump’s efforts to build a “space force.” 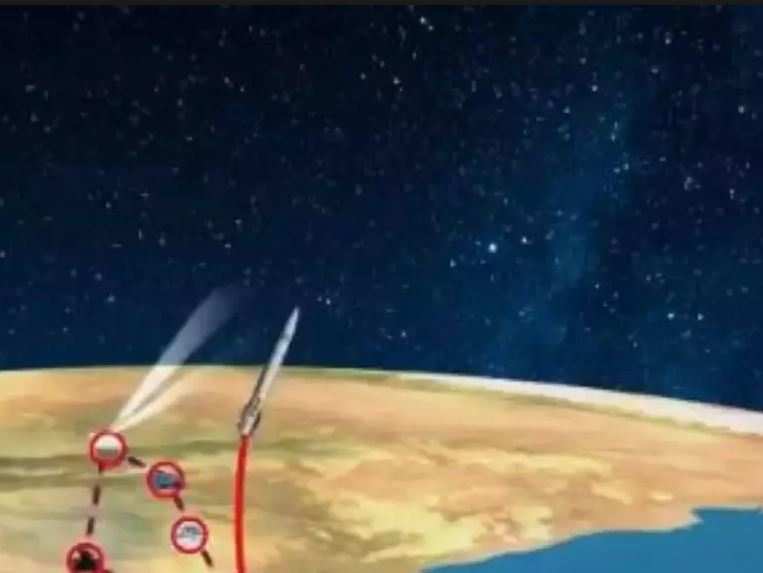 US Strategic Command’s Joint Force Space Component Command said 250 pieces of debris associated with an Indian ASAT launch that occurred on Wednesday are being tracked. The JFSCC said it will continue to actively track debris associated with the event and issue close approach notifications as required until the debris enters the earth’s atmosphere..

“China is clearly part of the calculation,” said Rajeswari Pillai Rajagopalan, head of the nuclear and space policy initiative at New Delhi’s Observer Research Foundation, adding that a similar test by China in 2007 served as “a big wake-up call” to India. “It has a deterrence effect, and that is clearly a China-driven point that India wants to convey.”

India’s relations with China, which have been strained by a series of long-simmering border disputes, have grown more tense as the two rising powers jockey for influence across the region. Beijing has forged ever-closer military and economic ties with Islamabad, spurring New Delhi to improve relations with Washington.

China enjoys a big lead over its less-developed neighbor, becoming in January the first country to land a spacecraft on the far side of the Moon. Its space programme is run by the military and Chinese President Xi Jinping established a Strategic Support Force in 2015 to develop greater capabilities.

John Blaxland, head of the Strategic & Defence Studies Centre at Australian National University, said the anti-satellite test nonetheless signaled that India was “stepping up to the plate” in space. “India’s neighbors will have to think twice before upping the ante in any future space clash, particularly once this capability matures,” Blaxland said.

The launch also delivers a message closer to home, especially after India’s recent tensions with Pakistan, which included the capture and release of an Indian pilot. Militarily, the move could be seen as demonstrating India’s ability to shoot down ballistic missiles from its rivals.

Politically, it showcases India’s industrial and military strength just weeks ahead aof the general election that could decide Modi’s political fate. The ruling BJP has leaned heavily on the Prime Minister’s authorization of Indian air strikes against Pakistan during recent appearances on the campaign trail.

“It gives Modi an opportunity to boast of his country’s technological prowess just before the elections,” said Sam Roggeveen, director of the International Security Program at Lowy Institute in Sydney.

ISLAMABAD: Pakistan and China have reiterated to multiply agricultural cooperation under t…

ISLAMABAD: Pakistan and China have reiterated to multiply agricultural cooperation under the China-Pakistan Economic …