Full text: What India said in its Right to Reply against Pakistan PM Imran Khan at UNGA

Chinese Foreign Minister Wang Yi too raised the issue of Kashmir and said it should be resolved as per UNSC resolutions and bilateral agreements. Speaking at the UNGA, Wang said that “no actions that would unilaterally change the status quo should be taken”.

Addressing the UN General Assembly for the first time, Khan spoke for about 50 minutes and repeated many of his remarks made in speeches earlier, including at Muzaffarabad and addresses and statements at various US think-tanks this week.

During his speech, the Indian delegation led by External Affairs Minister S Jaishankar was not present. They left immediately after Prime Minister Narendra Modi ended his address earlier.

A few Indian diplomats at the Permanent Mission at the UN were, however, present during Khan’s speech, who spoke 30 minutes after Modi. India is expected to exercise its right to reply.

“There are 900,000 troops there, they haven’t come, as Narendra Modi says, for the prosperity of Kashmir… These 900,000 troops, what are they going to do? When they come out, there will be a bloodbath,” Khan told the UNGA in New York.

He added that there could be a repeat of the fighting between the nuclear-armed neighbours seen in February if India blamed Pakistan for any terrorist attack. He said: “If a conventional war starts between the two countries, anything could happen. But supposing a country seven times smaller than its neighbour is faced with the choice: either you surrender, or you fight for your freedom till death?”

“What will we do? I ask myself these questions. We will fight… and when a nuclear-armed country fights to the end, it will have consequences far beyond the borders.”

Opinion | The making of history

During his speech, he once mistakenly called Narendra Modi India’s President. He also said that Pakistan had decided to “dismantle what was left of these terrorist groups”, and asked the UN to send observers.

Khan spent a substantial amount of time explaining how there is nothing called “radical Islam”. “There is only Islam,” he said. He also attacked the RSS and said Prime Minister Modi is a life member of the organisation. He also expressed concern at the plight of Kashmiris in India and about the possibility of radicalisation of Indian Muslims and some of 1.3 billion Muslims worldwide, who, he said “are watching” the situation in Kashmir.

Meanwhile, the US has asked Pakistan why it is only bothered about the human rights of Muslims in Kashmir and is not highlighting the “horrific conditions” that continue to exist for the members of the community throughout China. 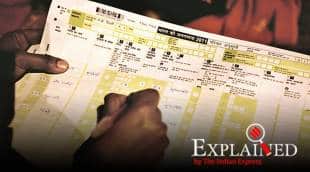 Alice Wells, US Acting Assistant Secretary for South and Central Asia, during a special briefing at the UNGA, criticised Khan for not speaking out against China, which has detained an estimated one million Uyghurs and other Turkic-speaking Muslims in Xinjiang province.

“I would like to see the same level of concern expressed also about Muslims who are being detained in Western China, literally in concentration-like conditions. And so being concerned about the human rights of Muslims does extend more broadly than Kashmir, and you’ve seen the administration very involved here during the UN General Assembly and trying to shine a light on the horrific conditions that continue to exist for Muslims throughout China,” Wells said.