A soldier lifted his head as he entered the military museum, raising his cellphone to snap a photo of the glowing hammer and sickle on the ceiling. Five portraits of Chinese leaders from Mao Zedong to Xi Jinping hung beneath it, each praising the spirit of resisting “U.S. aggression” during the Korean War.

A sprawling exhibit told the tale of an underdog China heroically “shattering the myth” of U.S. invincibility by fighting on the side of its neighbor North Korea against the world’s superpower, which had aligned itself with the South.

The Chinese Communist Party’s narrative brushes over North Korea’s invasion of the South and focuses instead on American intervention and Chinese resistance. This theme has been amplified across state propaganda for the last month, with nightly documentary screenings, a patriotic movie release, special museum exhibits and a highly publicized speech by President Xi Jinping commemorating the 70th anniversary of China’s entry into the war.

The message, coming amid an American presidential election that turned heightened tensions with China into a key campaign issue, is clear: China fought the U.S. in the past and should not be afraid of fresh animosities — including a trade war, spying accusations and the future of Hong Kong — that could lead to outright confrontation with Washington.

“Any nation or military, no matter how strong, if they stand on the opposite side of global development trends, bullying the weak, going against the flow and aggressively expanding, they will inevitably have their heads smashed and blood flowing,” Xi said in his speech. “The Chinese people neither make trouble nor fear trouble … their legs will not shake, their waists will not bend, the Chinese nation cannot be frightened or crushed!”

The message is aimed largely at a domestic audience. It has reverberated through a month of tight media control as the Communist Party’s leadership held high-level, closed-door meetings in Beijing.

Dreams of a Red Emperor: The relentless rise of Xi Jinping 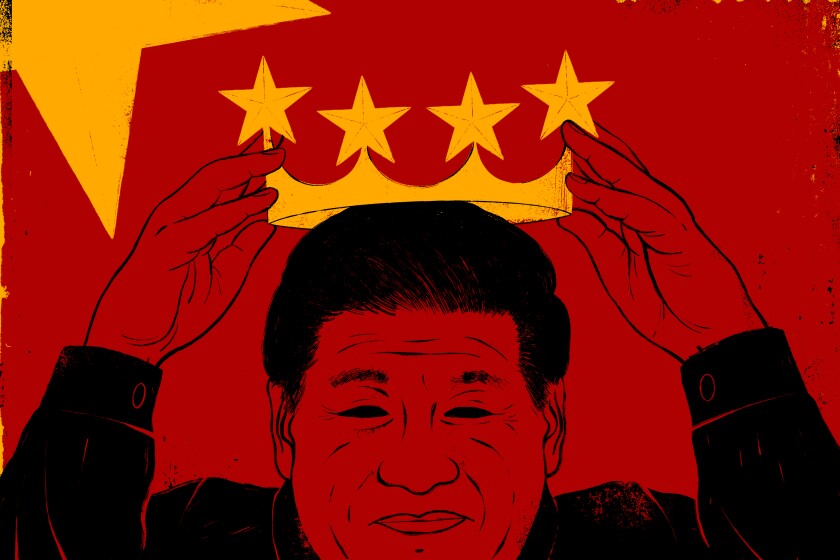 Dreams of a Red Emperor: The relentless rise of Xi Jinping

China’s paramount leader, Xi Jinping, sees himself as a savior, anointed to steer the Communist Party and China away from corruption and foreign influence, into a ‘new era’ of prosperity, power and political devotion. Whether his vision matches reality is another question.

Read the series: How China’s global power reaches into other nations and people’s lives

A Pakistani father’s ordeal: China seized his Uighur son and sent his daughters to an orphanage 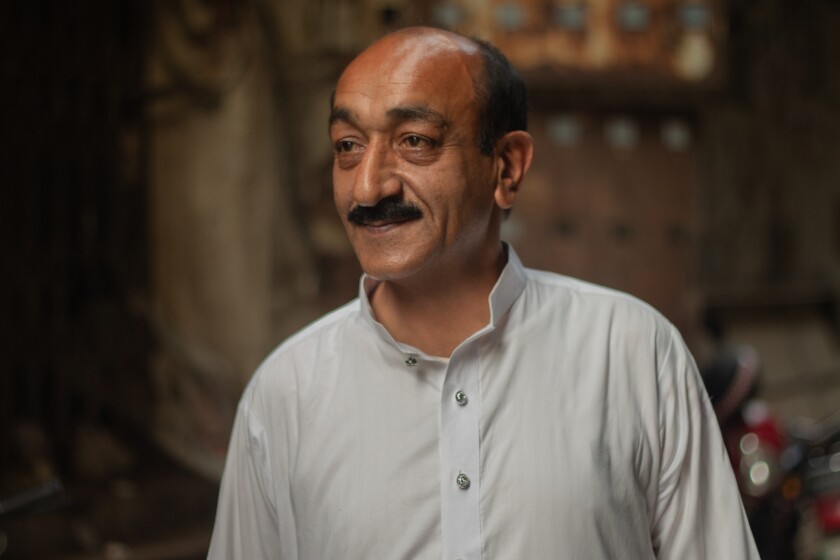 A Pakistani father’s ordeal: China seized his Uighur son and sent his daughters to an orphanage

China’s oppression of Muslims reaches beyond Xinjiang into Pakistan. Why does it stay quiet? China’s crackdown on Hong Kong is purging teachers, rewriting textbooks and increasing pressure on schools over what to put in the minds of students. A new national security law has endangered freedom of thought and expression.

Last week, officials released a communique outlining party goals that sought to strengthen self-reliance through domestic consumption and technological innovation — regardless of who becomes the U.S. president or how American foreign and trade policies change. Beijing set several development goals for 2035, reaching beyond the next three U.S. administrations.

“Many people feel that no matter which U.S. president wins, whether it’s Trump or Biden, it will be hard for them to change the attitude of competition or pressure with China,” said Wang Yong, a professor at Peking University’s School of International Studies. “They’re American and they represent American interests. As for their future intrusion on China’s national interests, we must make preparations.”

The 1950-53 Korean War, which killed nearly 5 million people — including hundreds of thousands of Chinese soldiers and more than 36,000 Americans — grew into a conflict of attrition that ended with an armistice. But China celebrates its participation in pushing U.S.-led troops out of North Korea as a “great victory.” The party’s commemoration of the war aims to rouse public support for China to “become a stronger country with true power to resist American influence,” said Wang.

Inside the museum, a soundtrack of howling wind played amid dioramas of soldiers crawling through the snow, glass cases filled with gifts from thankful North Koreans, and paraphernalia collected from felled American soldiers: banners, badges, binoculars and clothes. One glass case displayed a pickax that a Chinese soldier used to “continuously hack three American soldiers to death.”

At least three graphs chart the gap between the U.S. and China’s armed forces, citing that despite America’s superior hardware and its advanced industrialization, China, at least in its own eyes, managed to win. One sign has Xi quoting Mao: “The enemy has much steel but little spirit; we have little steel but much spirit.”

That history is fast-forwarded to present day. An image of Xi shows him in camouflage fatigues while addressing Chinese troops in 2018. He is quoted calling for a resurgence of that same ideological fervor: “Our military has historically fought by spirit. In the past, we had little steel but lots of spirit. Now that we have much steel, we should have even more spirit, even tougher bones.”

Despite the rhetoric, the party’s message is less jingoism than it is a call to strengthen China’s defenses, said John Delury, professor of Chinese studies at Yonsei University Graduate School of International Studies.

“It is still cast as ‘for peace,’” he said. “It’s not a call to arms, but the implications are pretty clear: ‘We were able to stop them way back when we were poor and weak 70 years ago, and now we’ve got wealth and power…. We can win.’” 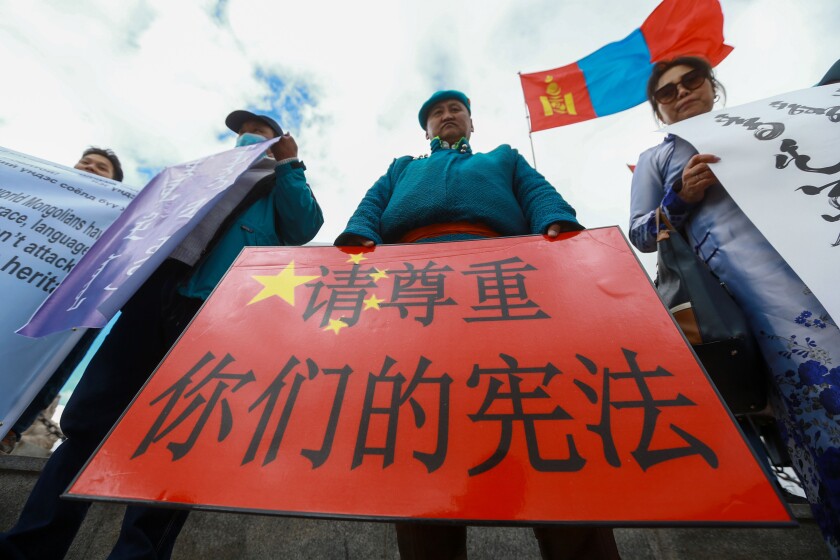 China’s forceful implementation of a new language policy in Inner Mongolia has drawn criticism, even from the Communist Party elite.

For all the propaganda around China’s commemoration of the Korean War, American commemorations are “just as guilty of selective storytelling,” Delury said. American narratives tend to skip over how the U.S. changed its original mandate from protecting South Korea to invading North Korea, “just like the North invaded the South,” he said.

American officials also tend to rationalize the war as a “defense of this great liberal democracy in South Korea,” Delury said. The regime the U.S. supported in South Korea, however, was a dictatorship that massacred more than 100,000 civilians, according to findings from South Korean truth and reconciliation commissions.

The U.S. knew of and did not stop the South Korean regime’s mass killings, while also committing its own human rights violations, razing cities and bombing civilians across North Korea. “It had nothing to do with defending democracy,” said Bruce Cumings, professor of history at the University of Chicago.

Another often-ignored part of the Korean War in both Chinese and U.S. narratives is the stories of 21,000 Chinese prisoners of war, including 14,000 of whom chose to go to Taiwan rather than return to China at the end of the war.

These POWs and the negotiation over their fate were “at the core of the second half of the war,” said David Cheng Chang, a professor of humanities at the Hong Kong University of Science and Technology who has written a book about the Chinese prisoners.

Captured by U.S.-led United Nations forces, they were subjected to anti-communist “reorientation” programs in prison camps that involved beatings and other violent coercion to sing songs, shout slogans and make confessions against communism. Many were forcibly tattooed with images of the Republic of China flag as part of the pressure on them to “choose” going to Taiwan over China. 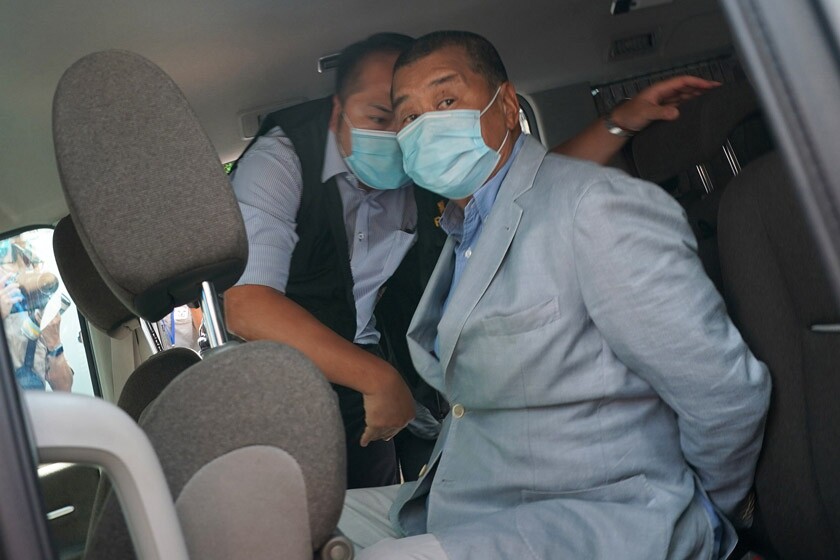 “They used communist methods on the communists, and it worked,” Chang said. Later, many of the prisoners who chose return to China were attacked as suspected traitors during the Cultural Revolution. Those who went to Taiwan were also surveilled and conscripted into the army.

“Government officials tell history in a certain way,” Delury said. “It’s rare that in commemorations, you get all the complexity and contradiction of the actual history. You tend to get selective narratives that fit a prism.”

That applies to Americans and Chinese alike. But while the Korean War remains a “forgotten war” in the United States, where news coverage of it was censored and memories of it overshadowed by the Vietnam War, it has become a trumpeted part of China’s national consciousness, a summons to stand up to the U.S. and make China great.

At the museum, hundreds of students, soldiers, office workers and cadres were visiting in organized groups, unfurling party flags to take photos at the entrance. Eight thousand visitors were coming each day, mostly on required visits with their work units, a guard said.

A quote from Mao adorned one of the walls: “Now the Chinese people have organized and can’t be easily disturbed. If they are upset, they won’t be easy to handle.”

NEW DELHI: India is all geared up to attend the SCO Summit in Dushanbe, scheduled to be he…

NEW DELHI: India is all geared up to attend the SCO Summit in Dushanbe, …

China, Pakistan both border Afghanistan They are seeking ways to engage with Taliban government …